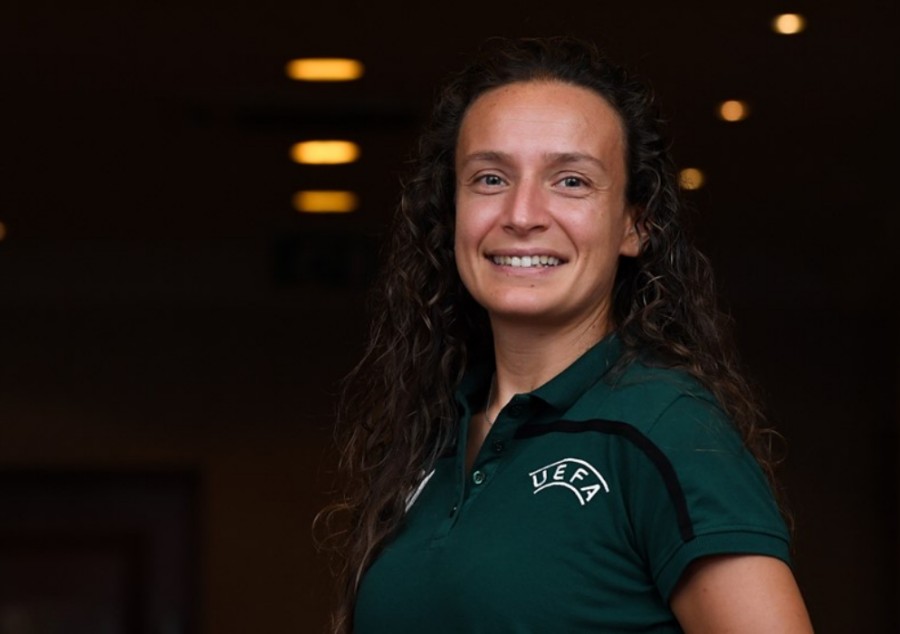 Ivana Projkovska made history by becoming the first Macedonian referee at the UEFA Women’s Under-19 Championship 2019. Being a woman makes this moment even more important for our country.

UEFA mentioned that before Ivana there was only one Macedonian male referee at the UEFA European Under-16 Championship in 1985, but at that time he was representing Yugoslavia.

Being a woman in a men’s world is not easy even today, but this young lady is successfully destroying stereotypes throughout her career and she is a pioneer in this field in our country, not only as one of the first Macedonian female football referees, but also as the first one who has reached the international referee list.

She began her career as a football player, but when 15 years ago she received an offer from the Football Federation of North Macedonia (FFM) to become a referee she accepted it.

Even though she is a very experienced, she is still waiting to referee her first match at the Macedonian first football League.

She says that every league has female referees, except the Macedonian League. When it comes to the Macedonian first football League she has been put only on the list of assistant referees, and the reason for it, according to her, is because she is not a man.

Anyway, she is happy that all the female and male football players respect her, and being a football player at the beginning of her career really helped her in her work. She adds that being part of the first category of referees means that she is one step closer to the highest, or the elite category of referees, which means that she should work even more than before to earn her place among the best.