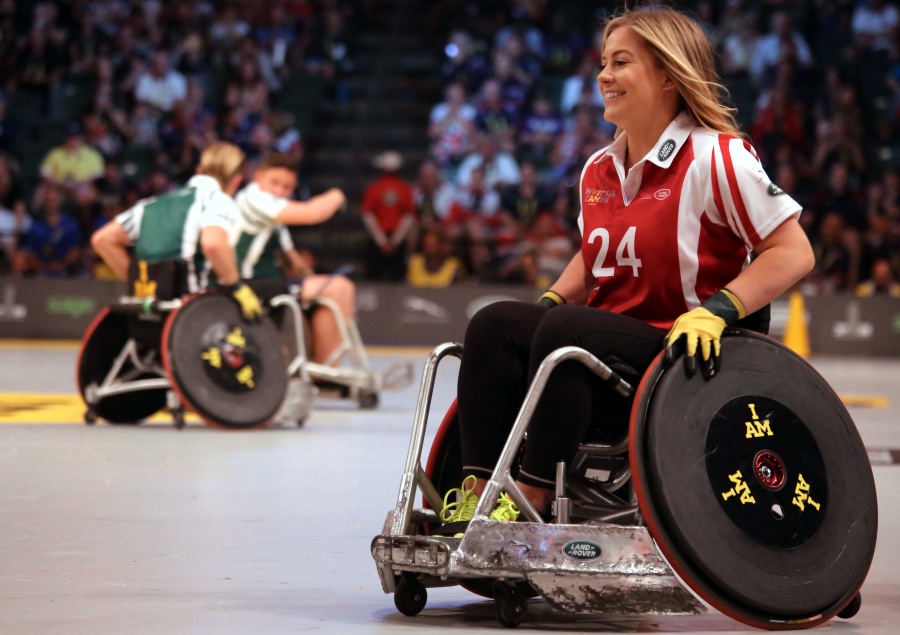 Many people used to have a medical perception of disability, due to which these people were seen as ill, and very often not capable of doing things the “normal” people do. This even had an influence over the way these people were treated and how the others interacted with them. When it comes to sports, people with disabilities were not considered to even have the right to take part in it.

Luckily, in more recent times this has slowly started to change, as the social perspective of disability was encouraged. As more and more individuals have engaged in sports and have taken part in the Paralympics people started to change their perception of disability. Media is another thing that has also helped in raising awareness about this topic and has brought some changes by sharing the stories of disabled people.

Since he was a kid Matt Scott’s only wish was to become a basketball player and hold the trophy after a winning match. Being diagnosed with spinal bifida at birth didn’t stop him from achieving his goal.
He joined a wheelchair basketball team for the first time at the age of 14. In 2004 he became part of the U.S. Men’s National Wheelchair Basketball Team, and in 2007 together with his team, he won the gold medal at the Parapan American Games in Brazil.
He is a four-time Paralympian and a two-time medalist. He won the gold medal at the Paralympic Games in Rio in 2016 and the bronze one at the Paralympic Games in London in 2012.
Even though last year he was in a coma for a week, and spent four months in a hospital to recover, his only wish remains to win another gold medal at the next Paralympic Games.

When Jessica was 13 months old she was adopted from Siberia. As she was born with fibular hemimelia she got her lower legs amputated when she was only 18 months old and had to learn how to walk with prostheses. Luckily, none of this stopped her from holding world records and winning gold medals.
According to her, her biggest achievement is winning three gold medals in swimming at the 2004 Paralympic Games in Greece, at the age of only 12.
Two years later she had 18 world record-breaking performances and she was named Disabled Swimmer of the Year by Swimming World Magazine and Paralympian of the year.
Her hard work and discipline made her the second-most decorated Paralympian in US history.

Ryan is just another example proving that if you work hard enough you can achieve anything. At the age of nine, he got hit and dragged by a pick-up truck while riding his bike. He survived a traumatic brain surgery but lost a part of his brain due to which he had to learn everything from walking, talking, breathing, to riding a bike all over again.
Luckily this situation didn’t stop him from winning an Olympic silver medal at the 2016 Paralympics in Rio.
Apart from being a writer of the book “When the Lights go Out: A Boy Given a Second Chance”, he is also a two time World Champion.

The former U.S. Army officer was the first female American soldier to lose her leg in the Iraq War in 2004, and only 4 years later also became the first Iraq veteran to qualify for the Beijing Paralympics competing in swimming.
After this event, she turned to triathlon and represented the US in the 2010 ITU Paratriathlon World Championships in Budapest where she earned her first world title and repeated her success in the following two years.
Up until now, she has won many medals and her success is just another proof that you can do anything no matter what comes your way.

Born with amyoplasia arthrogryposis, doctors told her parents that she would never walk or talk. Even though she was originally a wheelchair basketball player, she decided to pursue her passion for shooting, which she had fallen in love with at the age of 6.
Her dedication and commitment to this sport made her the first US woman to win a medal in the sport at the Paralympic Games in Rio in 2016.