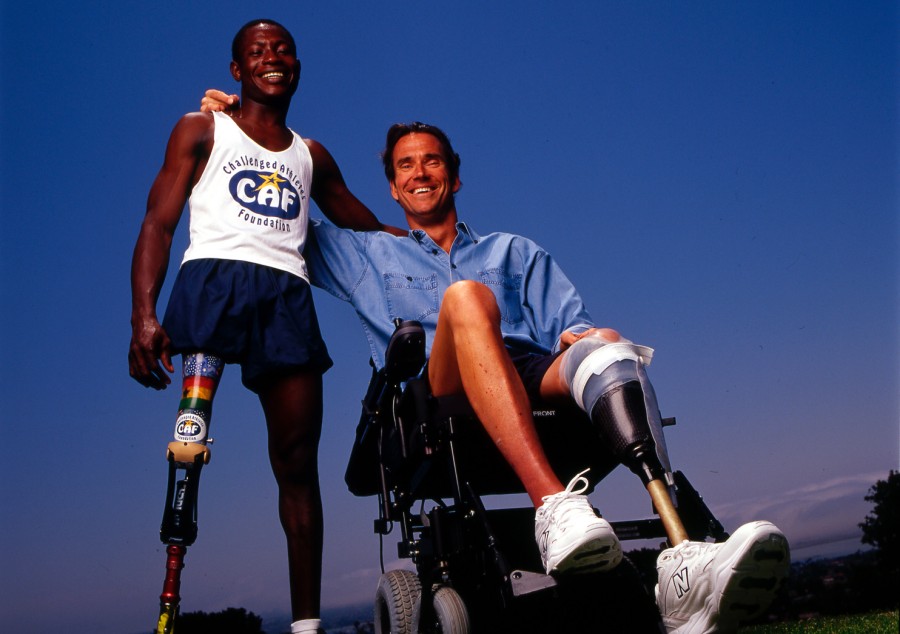 We often believe that people with disabilities can’t do any sport, but luckily today many have proved us wrong and there are athletes who have overcome their physical limitations and have become professionals in their sport.

They have learnt to deal with everything that happened to them and set records that should inspire generations. While some had birth defects that resulted in the loss of their limbs, others suffered from paralysis or injuries, but nothing stopped them from realizing their dreams. They turned their disability into their advantage to become the best athletes in their sport.

Even though she is born with achondroplasia, a disorder that restricted the growth of her limbs, in 1985, this didn’t prevent her from becoming a Paralympic swimmer and a gold medal winner. She won the first ESPY Award for Best Female Athlete two times, in 2005 and in 2009.

Born in 1963, this former Yale football player was the world’s fastest amputee triathlete. He also made some record-breaking achievements in the marathon and Ironman triathlon after he had his left leg amputated below the knee. He was also awarded the Arthur Ashe Courage Award at the 2005 ESPY Awards presentation.

Pistorius is another athlete whose legs were amputated below the knee when he was still a baby. But this didn’t stop him from becoming a sprint runner with a pair of prosthetic legs. He became the first amputee to win an able-bodied world track medal, and he has also won several gold and silver medals. Today people know him as the Blade Runner, the fastest man with no legs.

This swimmer became paralyzed from her waist down after receiving an epidural injection to treat her back pain. However, she never gave up swimming and following her dreams. She broke many world records and won multiple gold medals. She was also awarded the ESPN ESPY Award for Best Female Athlete with a Disability by ESPN for her outstanding performance at the 2010 World Championships.

Arunima Sinha got her leg amputated below the knee after she was pushed from a running train by thieves. But after the accident she continued to do sports. So, when she climbed Mount Everest she became the first female amputee and the first Indian to do it.

Photo by: The Challenged Athletes Foundation