Different types of discrimination in sports and how to solve them 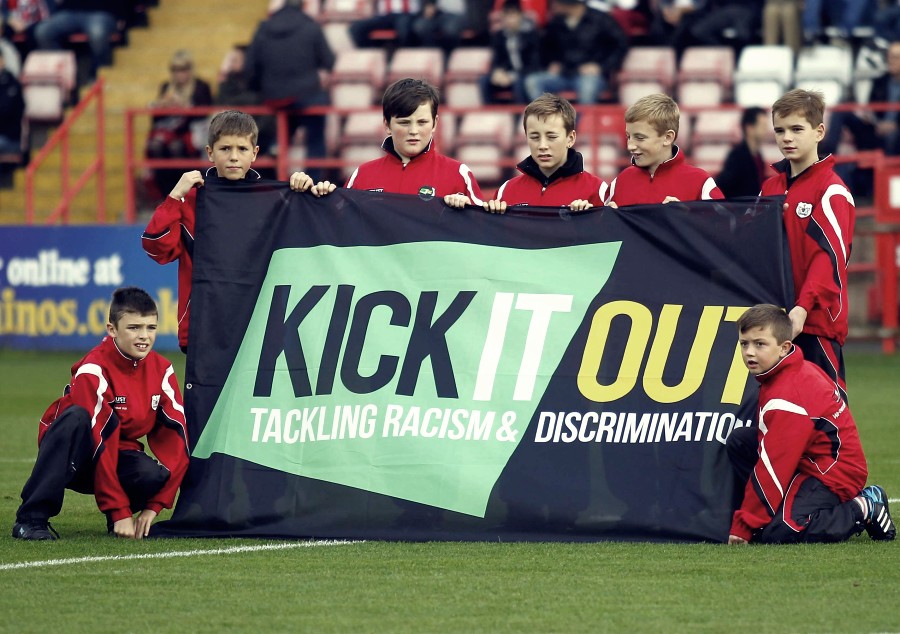 Even though in 2015 the FIFA Women’s World Cup Final between the US and Japan was the most-watched soccer game in US history with over 25 million viewers, female athletes still face harassment and discrimination in sports.

Around 40% of sports participants are women and yet they receive about 4% of sports media coverage. These numbers say a lot about the gender discrimination and its presence in sports. Due to the women’s games schedule (their games are scheduled for less desirable times) and their games barely discussed in the media, women earn much less than their male counterparts.

Another issue for female athletes is how they are perceived by the public. While men who play professional sports are seen as heroes living and breathing their game, women are firstly seen as mothers or wives and then as professional athletes. Additionally, women are often objectified and sexualized, and media put much more attention to their looks than to their skills.

But we cannot say that gender stereotypes in sports do not affect men. For example, male athletes who practice “feminine” sports like figure skating and dance at a young age are often victims of bulling. This is happening because of the society’s expectation that men are supposed to be tall, big and muscular, so anyone who doesn’t fit their imagination can be discriminated.

How can this issue be solved?

First of all we should all support women’s and girls’ sports. It is very important to attend women’s sports games, to watch their games on television, to follow them on social media and to encourage women and girls to take part in any sport they are interested in.

Another important thing is to develop gender equity policies in order to give women equal participation opportunities, financial aid, wages and benefits as their male counterparts.

The sexist language in communications should be avoided which means that when describing both female and male athletes’ performances the same language should be used.

What can also help in combating gender discrimination in sports is establishing a whistle blower program which can encourage anonymous discrimination and harassment complaints.

In 2018, 52 instances of racial discrimination in sports were recorded only in US, while internationally 137 racist acts were noted.

Nobody is immune to racism. Example of this is the most successful basketball player, Even LeBron James, whose house was vandalized with racial slurs the night before the NBA Finals in 2017.

What are the solutions to this issue?

Introducing a zero-tolerance racism policy will help to make it clear that any form of racial discrimination is not welcomed.

Encouraging and supporting athletes, who have experienced or witnessed it, to speak up about this issue can also help.

It is also very important to include minority athletes, as well as immigrants, in the team and to choose the players according to their performances, not their race.

This kind of discrimination can take many forms. It can be direct, like being harassed by opponents and/or teammates, but it can also be indirect, like not accommodating each player’s religious needs, which can be equally harmful as the first one.

There are many things that can cause religious discrimination in sports. For example, Jewish athletes can’t play a game on a Saturday, while some Muslim athletes are not allowed to mix with athletes from the opposite gender, which also includes staff and/or spectator.

Another thing that can cause problems is the sports uniforms. Some athletes may not feel comfortable wearing uniform with sponsor logos that are not according to their beliefs (e.g. alcohol, tobacco etc.), or for some the uniforms can be too revealing.

However, most of these problems can be avoided by asking the player how to accommodate them instead of making assumption about the situation.

How to resolve this issue?

One solution can be to reschedule games and practices, when possible, so that all players can take part.

Breaks during games and practices for religious observation can also make players feel accepted by the team, additionally when athletes are fasting and cannot drink water you can help them by giving them cold, wet towels to help them cool down.

If some athletes’ religions not allow them to mix with the opposite gender, in that case you can run single-gender or closed-to the public games.

Also, allow athletes to cover their heads or bodies if that is what their religious beliefs require it.

One of the least talked forms of discrimination in sports is the disability discrimination. It is maybe because people do not want to do some extra work in order to accommodate the athletes with disabilities, so they rather leave them out and decide not to talk about it.

When it comes to including these athletes, and having in mind the inclusion spectrum, there are many things that sports organizations need to provide them. But this does not mean that there is nothing to be done for these athletes.

So, here are some of the solutions to this problem.

First of all it is very important to create disability-friendly sports teams where they will be given a chance to play a game that is according to their needs.

Making modifications in the teaching style, rules, equipment and environment of a sport can make it more accessible for these athletes. Additionally to this, offering non-playing roles in the organization, like coach, referee, volunteer etc., can be also useful for those athletes with disabilities who cannot participate in an activity.

Accessible sports facilities are very much needed for these athletes, so installing ramps or equipment with Braille on the buttons can be very useful for them.

What can also prevent these athletes from joining a sports organization are the finances, so financial solutions can just encourage them not to give up on their dreams.

It is not rare LGBTQ athletes to be victims of physical abuse, cyberbullying, verbal threats and exclusion from sports organizations. They often face with homophobic jokes or slurs made by their teammates, opponents and spectators.

One example that testifies for the presence of homophobia in sports is when the former Penn State women’s basketball coach Rene Portland told the Chicago Sun-Times in 1986 that she would not include homosexuals in her program.

Later on she verbally abused all the players who she suspected were lesbians. She was sued in 2005 for discrimination.

And this is only one example of LGBTQ discrimination in sports. Unfortunately even after many years this problem is still not solved.

But these are some things that can be done to diminish the problem with this type of discrimination.

Implementing training programs in order to teach the players and the staff how to avoid discrimination in sports.

Including LGBTQ in the harassment policy can show the players and the staff that it is unacceptable to harass someone based on their sexuality or gender identity.