The marginalization & exploitation of women in the sports media industry 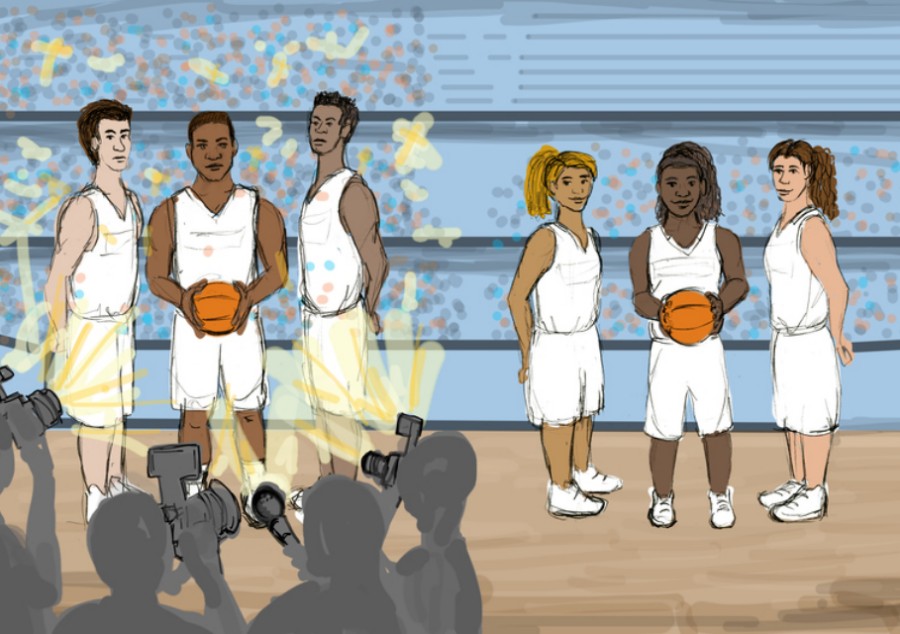 Even though women have always played an important role in the world of sport, and some of the greatest athletes of all time have been women, in the sports media they are still represented as second tier in comparison to male athletes.

Today the media have immense power over our everyday lives. The media does not influence our communication, but also our perception of the socio-cultural environment. And with the technological innovations such as the internet, smartphones and social media it is actually impossible to avoid the media and to escape their influence. Even though the media, as a powerful tool, can be used to make a positive change in the society, their power can be also used in a way which can have negative influence on people. Like for example, if women in the sports media are represented as weaker in comparison to men, people are most likely to adopt this opinion.

But today we have a lot of female athletes like Ronda Rousey, Serena Williams and other who work on empowering young female athletes. Unfortunately in the media their accomplishments are often overshadowed by their male counterparts, and this shows us that women are largely marginalized in the world of sports through language, imagery, and broadcasting inequality.

It is usually through the use of language that women are represented differently than men in sports. Even if only one word in a sentence is substituted the meaning can be completely different. In the sports media different terminology is used to describe female athletes as opposed to male athletes. They are often referred to as “ladies“ or “girls”, words used to infantilize them and words like “finesse” and “elegance” are frequently used to describe their actions, while the male athletes are mostly referred to as “men” and their actions are described by words such as “strong”, “powerful” and “tough”. Even though people argue that these contrasting terminologies are simply used to differentiate the men and women’s sports programs, they still contribute to developing a culture in which untrue gender stereotypes are accepted as reality.

Another influential factor in the process of developing a perception of our environment is the image. What brings huge profit to the media today is the exploitation of sex. So, female athletes are frequently shown as sex symbol in the media which diminish their success and accomplishments, and it also creates the image that their primary role is to be a sex symbol. What is more, women are often ridiculed for their muscular bodies and their physical appearance. Opposite to the female athletes, men are represented as athletes who have dedicated their lives to their craft.

Another major contributor to the polarized representations of male and female athletes is the broadcasting inequality. According to a study made in 1999, only one in ten sports articles or television sports stories focused on women. Another study showed that women received only 11% of the sports coverage. Although in the recent years the gap has narrowed, there still exist a sizeable imbalance in the broadcast of women’s sports and men’s sports. In addition to this, no matter how big women’s accomplishments may be they are often compared to the men’s accomplishment, which also diminishes their success.

No matter what is happening in the field of sports, today there are more women participating in sports than ever before. Unfortunately, the lack of coverage demonstrates that the sports media still favors men’s sports. However they show us that this won’t stop them from achieving their goals and fighting for gender equality, and for wage equality because women are heavily underpaid in comparison to their male counterparts.