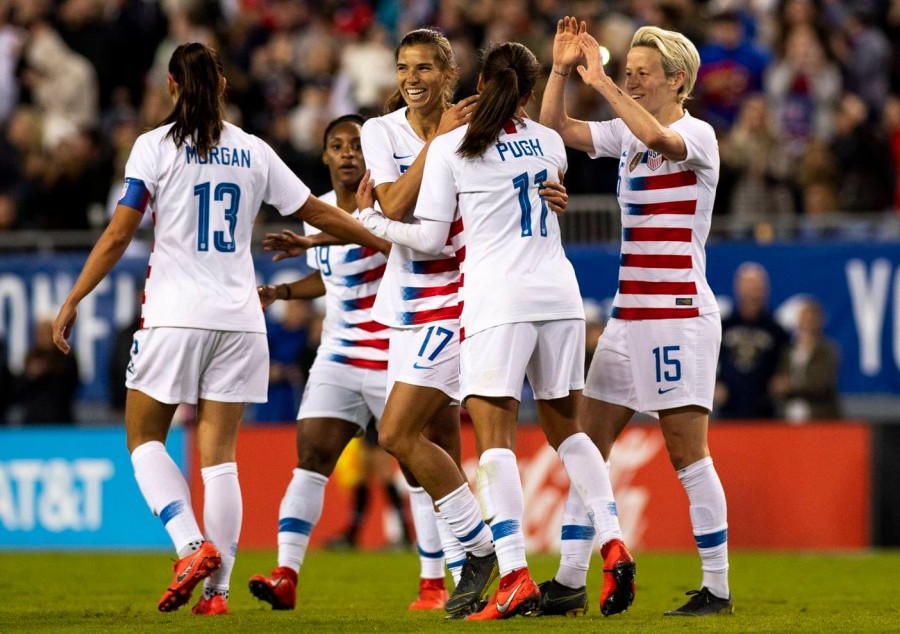 “One of the essential conditions for the effective exercise of human rights is that everyone should be free to develop and preserve his or her physical, intellectual, and moral powers and that access to physical education and sport should consequently be assured and guaranteed for all human beings.” – International Charter of physical Education and Sports, adopted in 1978 by UNESCO. This means that every human being, both males and females, has the right to play sports and physical activities equally. Looking through the years, we can say that the situation has improved gradually, so today we have many famous women athletes. However, we cannot deny the fact that the world of sports is still dominated by men and that women are still treated unequally. We can say that the gender discrimination in sports appears in three main ways: the wage gap, media coverage and stereotypes.

The first one, the wage gap, is one of the most serious issues women are facing nowadays in sports. We have countless examples where a big wage gap is noticed. The fact that among the “World’s 100 highest-paid athletes”, in the 2019 ranking list, there is only one woman (https://www.forbes.com/athletes/list/#tab:overall), Serena Williams, says a lot about the situation. And even if we compare her prize money to that of Djokovic we can still find a significant difference.

When it comes to football, the difference is even bigger. According to Forbes magazine, the U.S men’s team collected $9 million dollars in the World Cup soccer victory 2014, but the U.S. Women’s team earned only $2 million for their 2015 women’s world Cup soccer victory, which is four times less money. If we compare the total prize money, we will see that women’s World Cup team earned 40 times less money than the men’s team.

Another example of pay disparity is in basketball. Knowing that WNBA regular season is 34 games while the NBA has 82 games we can immediately see the difference. When it comes to the wage gap, the highest-paid player in WNBA makes approximately one-fifth that of the lowest-paid player in the NBA. From this, we can see how big the wage gap is between male and female athletes.

Another issue women are facing with in sports is the media coverage. Women’s sports receive lesser airtime then men’s sports. According to some statistics, when it comes to media coverage women in sports are neglected and given little importance. According to the Tucker Center for Research on Girls and Women in Sports, they receive only 4% of all sports media coverage which leads to less viewership and a smaller fan base as well as less advertisement and less sponsors.

It is also the content of the stories that causes a problem. It is not rare to see that the media sexualizes women’s sports. For example, the commentators often focus on athlete’s appearance rather than on their athletic skills and abilities. This was the case with Serena Williams. After she won her sixth Wimbledon title, what the media did was focusing on her not so feminine body. The next year, they were writing about her dress which they claimed it was too revealing. This kind of media coverage has a huge influence on the society and their thinking about female athletes.

Finally, the stereotypes of female athletes have maybe the biggest impact on their performances and public image. Even in the 21st century women athletes are still facing gender stereotyping. For example, baseball is considered to be a male sport, while the alternative one for women is softball, and the word itself is already indicative of gender stereotyping. This implies that women are weaker than men and that they need an easier ball to hit.

Having all of this in mind, we may say that gender discrimination in sports is a serious problem worldwide. We should remember that playing sports is not only for men, but for women as well. So, in order to decrease the gender discrimination in sports we should get rid of introducing separate sports in schools and empower women and young girls to not give up on their dreams and continue to do what they love the most.